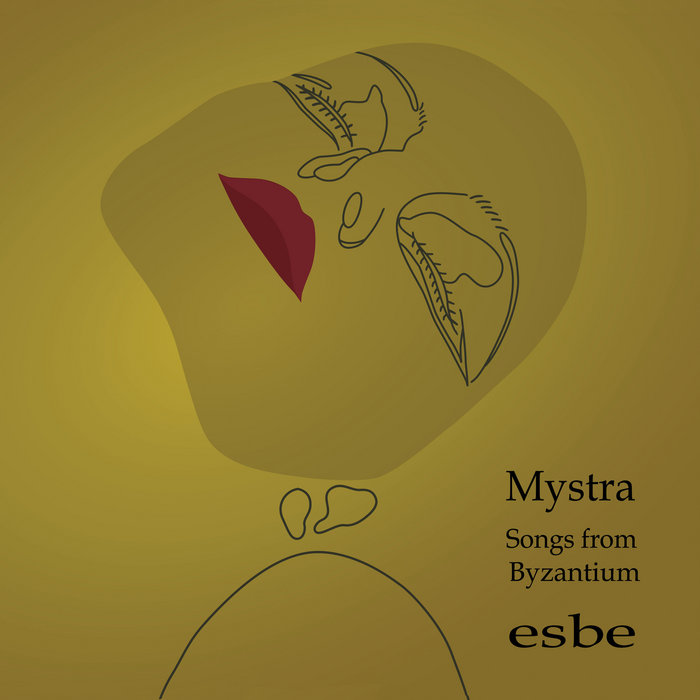 'A RARE BLEND OF COLOURS AND MOODS . . . ARRESTING BREW OF CLASSICAL, SAMPLES AND, RIDING ROMANTICALLY ACROSS IT, ESBE'S ELEQUENT VOICE . . . SPELLBINDING STORIES FROM A LOST WORLD . . .EXUDING ENIGMA'
Prog Magazine

Esbe has followed the April 2018 release of 'Desert Songs, Memories of Rumi' with the lush and dramatic 'Mystra – Songs from Byzantium'. Again, her eclectic vocal weaves melodies drawing on scales from Eastern Europe and the Troubadours, set against a contemporary arrangement of sampled sounds, conventional orchestral arrangements and folk instrumentation. Inspired by her tour of the Peloponnese and stay in the romantic medieval city of Mystras, she conjures up stories based on both the known and imagined characters who would have lived there in times past.

Sometimes she explores a phonetic language, 'these 'words' just flowed as I wrote - there's a liberation in just singing syllables.', she says. But Esbe is also comfortable writing new text and lyrics, which she blends with a strong rhythmic sense and electronic grooves, all bound together by her forte of classical instrumentation.

'Run With Me' has already been picked up by the folk scene with radio play around the country and on the BBC, but several other tracks will surprise and enchant. Her multi-vocal-tracked, 'Someone, Somewhere', is a paean to love with simple words in Turkish, and harmonies reminiscent of the 'Voix Bulgares'. 'Dream of Constantine' is an emotional, wordless vocal conjuring up the glorious scenery reminiscent of 'Songs of the Auvergne'. And 'Will You Still be Waiting for Me?', which could easily be taken for a traditional English folk song with an orchestral arrangement inspired by Vaughan Williams, explores nuances of harmony and instrumentation, before seamlessly morphing into a North African groove taking the listener to a distant Berber wedding. Esbe's strong visual memory permeates all she produces, with tracks such as the cinematic title track, and 'Arcanum', bringing the distant past to life as if on screen.

This second album was recorded and produced in Esbe's studio in North London, separated in both time and distance from the historic city of Mystra, but each track draws the listener into a world of intrigue, and life, love, and death.