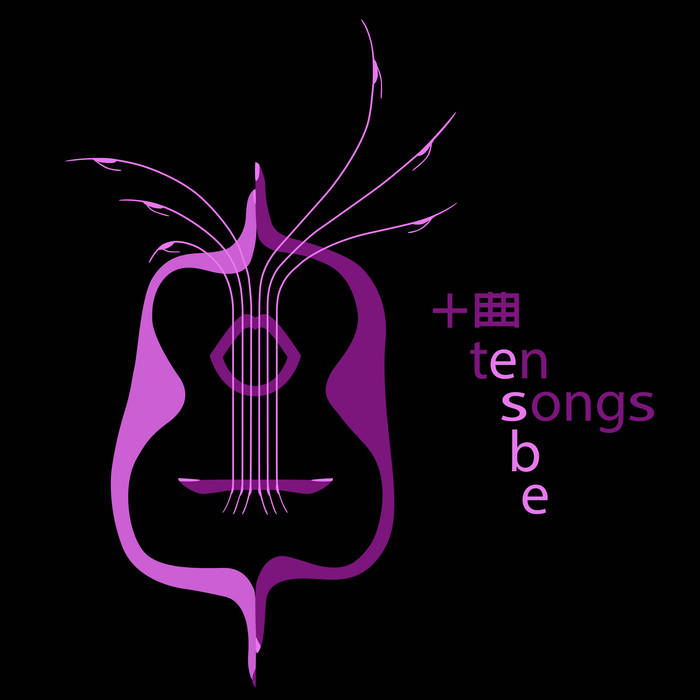 Ten Songs utilises my voice and a couple of guitars – the instrument made for me by the excellent luthier Alastair McNeill, plus a steel-string I borrowed from my pal Clifford. I'd intended to borrow an electric too but never quite got round to it. Never mind, I was quite happy with the resulting production. Tracked vocals and lots of guitars.

Like the album, Far Away, as well as love songs, some of the poems are drawn from very personal subjects and can seem rather intense, in particular, (4) and (8) about homelessness, and 'Only You' (7), a reminder of distressing historical events – in this case Kristallnacht. There's also an unusual song about the brain (10). In comparison to the last two albums, this one was consciously written in the most singer-songwriter style. I enjoyed the discipline both lyrically and in production.

Sadly for me, these are the final recordings made before I succumbed to a condition called Musicians' Focal Dystonia. This can arise indiscriminately after the requisite 10,000 hours of attempting to prefect any task – from musicians to builders to golfers, where it's called the 'yips'. Mistakenly thought of as physiological, it's nothing like, say, Tennis Elbow, but a malfunction in the part of the brain which processes information for a particular finger or set of actions, in my case, the second and third finger of my right hand. Endless repetition in practice seems to cause a 'bleeding' of the message – and action which had become automatic - into surrounding parts of the brain. Or perhaps the pathway becomes distorted from overuse. Little is known and I spent several days participating in series of academic studies involving electrodes, electrical brain stimulation, and tasks performed whilst in a brain scanner. There is no cure.

The cover design is one of my earlier drawings experimenting with limbs and fingers to create a new image. The strings fly from the guitar led by fingertips with long pink nails. The guitar body is created from elongated feet; lips form the sound hole; fingers make the bridge.

For the title, my original idea was to use several translations of 'Ten Songs', but I loved the Japanese so much I decided to keep just this one – I also have one song with Japanese lyrics on the album.

All tracks composed, arranged, performed (vocals, guitars), and produced by Esbe. Recorded and engineered by Esbe.