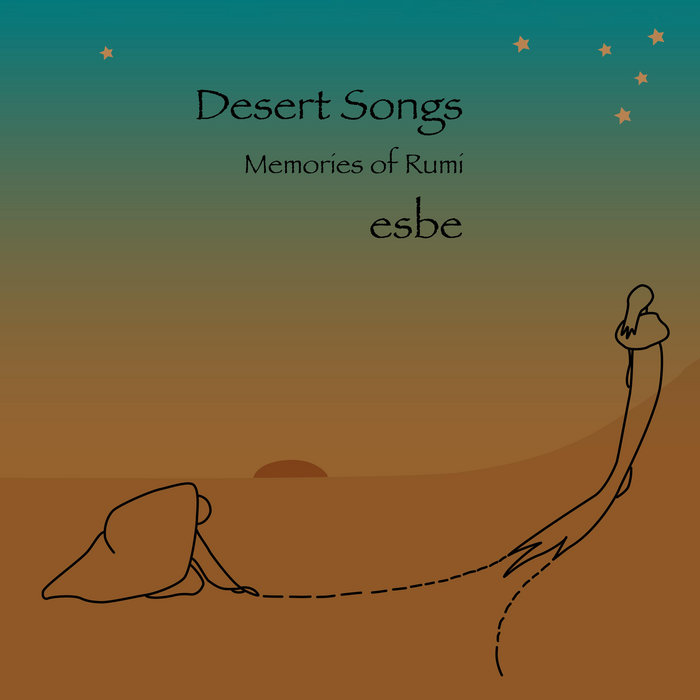 'BOLD AND DRAMATICARRANGEMENTS . . . MUSIC AS ECLECTIC AS HER ROOTS . . . DEBUTS DON'T COME MUCH MORE AMBITIOUS THAN THIS . . .ESBE PULLS IT OFF WITH IMORESSIVE STYLE'
Nigel Williamson - Songlines

Composer and singer, Esbe, has produced an album featuring lush cinematic strings, delicate Early Music arrangements and Arabic scales. These arrangements, combined with her clear and resonant vocal style, bring together this eclectic mix to celebrate the musical and historic influences of the poetry she has set to music of the renowned Sufi mystic poet, Jalaluddin Rumi (b1207).

Esbe first became interested in the literary heritage of the Middle East when she read that the European troubadours took their tradition from Bedouin poet travellers. And so, she began reading English translations of these poems, some from as early as C9th Iraq, and she was struck by the resonance of their themes and their timeless connection with contemporary thought and life experience.

The Rumi poems are taken from “Words of Paradise”, a book of reinterpretations by Raficq Abdulla MBE.